It’s been a year…

Can you believe it’s been a year since I first uploaded Witch Hunt to Amazon? Time has just shot by and left me standing there with my mouth agape!

The self-publishing journey has been a bit of a learning curve. It’s so hard to get the word out that your book is there. However, I’ve made a lot of friends along the way through Wattpad and twitter – #IndieBooksBeSeen are an awesome community of writers so check them out!

I would like to thank you all for reading Witch Hunt – you’re awesome! Without all your support, kind words and encouragement I would have struggled with confidence. But hey, I’m half way through editing Summoned so I’m still hoping to get it out there before Christmas. Yup, I mentioned the dreaded ‘C’ word. Sorry about that…

Anyway… Since I’ve been working on Summoned, I have decided to write a prequel. You shall become acquainted with the characters of this book in Summoned. I’m looking forward to hearing who you hope they are.

I crossed my arms defiantly. “I still don’t understand why I can’t take it.”

“A camera is far too advanced. You can’t take anything that is beyond their technology. I’ve told you that over and over.”

“You’re wearing jeans, Dorian. Isn’t the zip beyond their technology? Why are you being so secretive?” I asked exasperated. He had told me a lot about the Otherworld, having stayed up most of the night. Dorian had wanted to be close and enjoy our alone time together. That made me feel a little uneasy. I had asked him what he meant by it but he had remained silent. “What’s in the bag?”

“You’ll see soon enough,” he countered. I huffed and looked out of the window. It was a promising day. The sun was low, but there were no clouds, and the biting wind from yesterday had died down. Buildings rushed by us and I watched as people wandered their way to work. I felt excited, but wary at the same time. After all, I will be visiting the world I was almost exiled to. Obviously, it was going to be dangerous, but I could defend myself now. A surprising niggle of confidence warmed my feelings towards this expedition. I had taken down Henrik.

“Stop it.” Dorian jolted me out of my thoughts.

“Thinking about Henrik,” he said with a pained expression.

“I don’t know…” He looked as disturbed as I felt.

“We are going to have to look into this at some point you know,” I told him as I watched a nervous hand run through his hair.

“We’re here.” He stated by way of ending the conversation.

The Council building slid into view. Oliver was leaning against the cream wall looking like he hadn’t a care in the world.

“I think that ghost has made it his job to irritate me personally,” Dorian said whilst snapping crossly out of his seatbelt. I just smiled at my friend, who waved back.

I followed Dorian to the back of the car. “How come you get to pack stuff, but I can’t?”

“I’m coming too,” he said with a mischievous glint in his eye.

“I’m coming too,” Oliver repeated and shoved his hands in his jeans pockets. “Something wrong with that, buddy, ole pal?” Dorian just growled under his breath then hefted his bag out of the boot. I tried to hide my smile. I felt better knowing he was coming along.

“I might have done something bad,” Oliver whispered and eyed Dorian warily as he slammed the boot shut. He’s got himself in trouble already? I watched a storm brew on Dorian’s face and hoped it had nothing to do with us. “I told Warwick what you were doing. He seemed adamant about coming along.”

There was a heavy pause. Dorian began to exclaim: “You little… 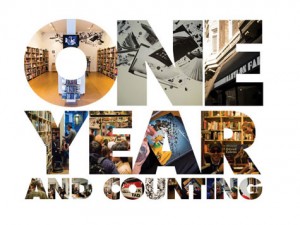